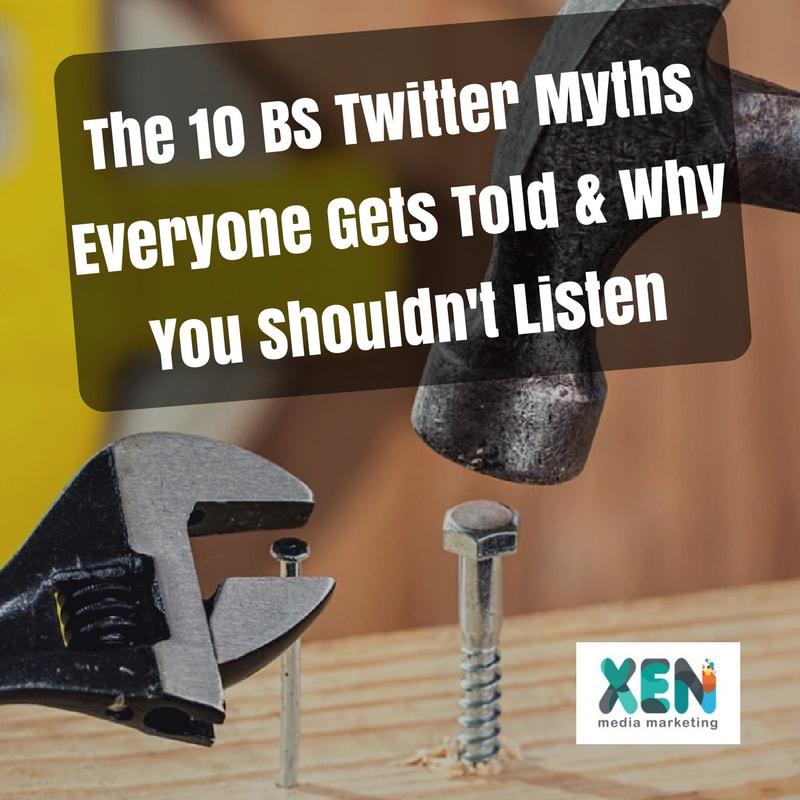 So, I wrote this article because I constantly get the same questions dropping into my inbox and thought I would address some of them in this post.

There are a lot of myths about Twitter flying around at the moment. Some of them are right, but there’s a lot more that is wrong.

The points listed below are just my point of view and you can take them for what they’re worth. It’s my experience on a platform I love and I suppose my way of setting the record straight.

Ok, enough with me, let’s talk about Twitter myths.

Twitter is a Waste of Time – (On Which Planet)? 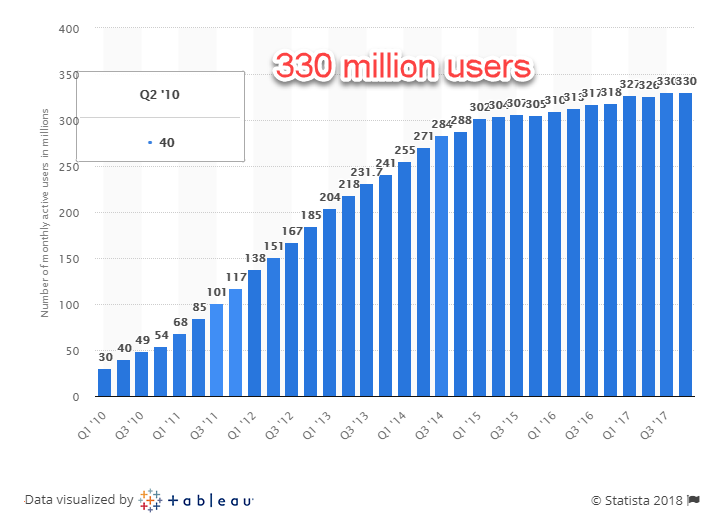 In a kind of twisted sort of way, I quite like this statement, because it means the users who are most savvy will use Twitter for business, whilst the others who are chasing the glory and lights will miss out on all those potential eyeballs.

As I’ve said time and time again, not only have I made some great friends, collaborated with like-minded marketers and collected leads for my clients and myself.

I’ve also been able to build both a personal and business brand with a lot less effort than you may think.

I’m not saying that the other social networks aren’t a good place to be; what I am saying is that Twitter, pound for pound, is probably the best place to be.

Now, obviously, I’m biased because I use Twitter more than I use any other social network and have managed to get quite a lot of traction out of it over the last year.

I just don’t see how any other network can compare when we’re talking about real organic traffic (traffic not purchased via an ad).

So, that’s why I’ve listed this as the biggest myth of all – not marketing your business on Twitter is as good as leaving money on the table.

Getting Lots of Likes and Retweets Improves Your Following Rate – (Erm, No). 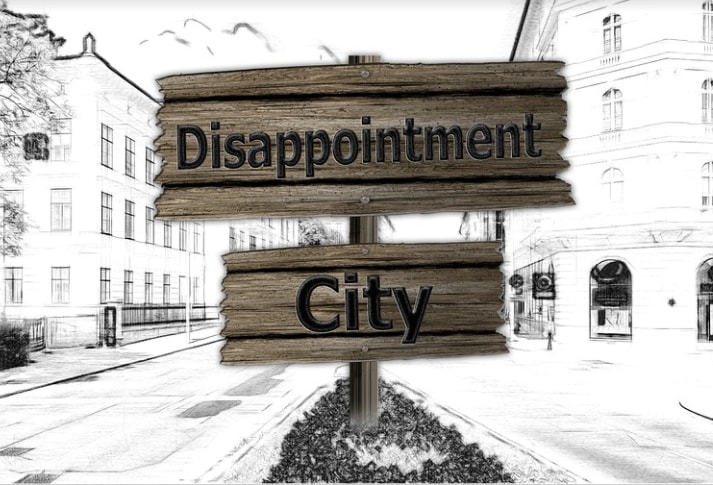 I’m sorry but this is complete BS…! The fact that you get lots of likes and retweets on a certain tweet really does not increase your following-rate.

1. Trying to please everyone
2. Fearing change
3. Living in the past
4. Overthinking
5. Being afraid to be different
6. Beating yourself up over mistakes
7. Sacrificing your happiness for others
8. Thinking you have no purpose#MondayMotivation

So, not only was this popular on Twitter itself, it also went Nationwide within the UK as well.

I’m not gonna lie. This did wonders for my dopamine levels but did absolutely nothing for my follower rate.

When I tracked the number of likes and retweets received for that day, I noticed that the follower rate did not change when compared to any other day previously.

This tells me from my own data that getting lots of likes and retweets may make you feel good for the day and provide a healthy dose of dopamine but, unfortunately, it won’t increase your follower rate.

Your follower rate really does not matter.

What matters is the number of TARGETED FOLLOWERS you have. People and accounts genuinely interested in you, what you have to say and are willing to get the word out about it. That’s what matters!

Tweeting a Few Times a Day is OK When You’re Running a Small Business – (Wait, What!)

There’s never been a time in history when it’s been so hard to get your voice heard through your marketing efforts.

In years gone by, it used to be “who shouted the loudest”. Unfortunately, now, those days have long gone.

To get your voice heard, you need to pump out a helluva lot of content and to think otherwise just isn’t being realistic.

As I have said many times previously in other posts.

You need to concentrate a large proportion of your efforts producing content. I’m not just talking about written content either. I’m including video, GIFs, infographics and video into the mix.

Using Hashtags is a Waste of Time

I’m sorry, again, this is another BS statement… I’m not telling you to paste hashtags in every single tweet you post. But…  it is extremely important to use hashtags that specifically target your niche market.

For example, I regularly tweet the hashtags #marketing and #marketingtips because my research has shown me that when I use those hashtags, not only do I get increased engagement on my tweets that are marketing related, I also get a boost in my following since this target market wants to see more.

As Long as the Image Looks Good, This Will Be OK for Social Media (BS)

The image below looks OKish on a website, but looks shocking on social media. 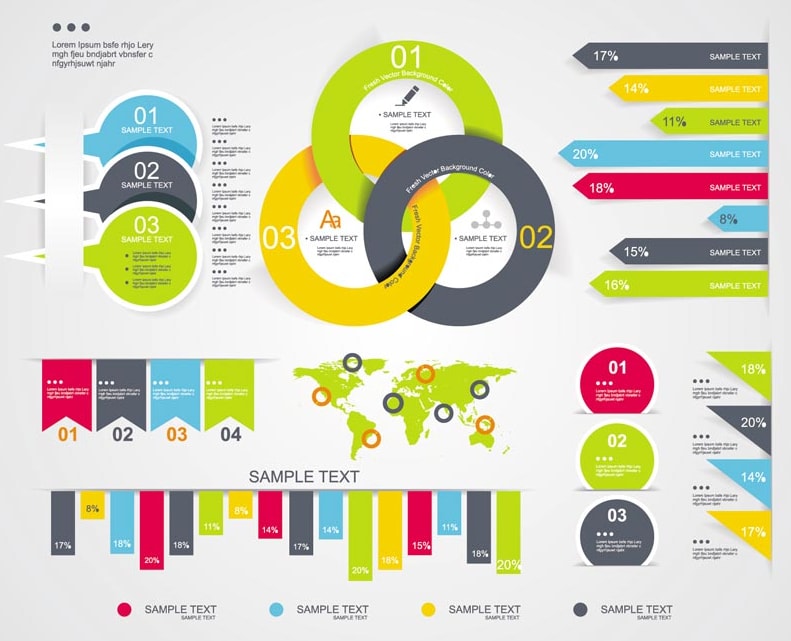 I’m guessing this is the same for the other platforms; simply tweeting images that you like is just not enough… Whenever you’re going to use an image, give it the mobile test – will this look good on mobile?

This includes any text, speech bubbles and/or intricate images.

If there’s any statement that really gets on my nerves, it’s this one – what you really need to be doing is tweeting when your followers are online.

If I’m being really honest with you, even though we can get statistics from Followerwonk, etc. about when we get the best engagement.

When I check my stats over a period of time, I can see that my client base is all over the world. Specifically the US, UK and India.

Look at this way; you couldn’t find time zones more different than these, which is why I make sure my tweets I posted at all times of day to counteract this.

It’s Not Important to Schedule Your Tweets (Worst Advice)

I’m probably one of the biggest fans of scheduling tweets. As I’m sure you can appreciate, I tweet a lot and it would be impossible for me to sit down at my desk or in front of my mobile and consistently pump out tweets at the rate that I do.

Therefore, I use a variation of scheduling tools to help me do this. Now, don’t get me wrong I don’t schedule all of my tweets… just the vast majority of them.

There’s been quite a lot of talk recently about the problems of scheduling and I can see why. For most, this is a lazy way of pumping content out without the consideration of your followers.

Your followers are a lot savvier than they used to be and can detect accounts that schedule their tweets from a mile away.

For this reason, I don’t recommend scheduling every single one of your tweets (this is a really bad idea). You quite often see accounts with 15, 20, 25, 30 thousand followers with very little engagement and virtually no interaction.

The reason is, they schedule 100% of their tweets.

Also, if you have something to say to your followers on the spur of the moment, feel free to do that either on your desktop or via the mobile app.

Before anybody starts shouting at the screen, I know Twitter now allows 280 characters, however, the old limit of 140 characters meant that you needed to be really creative with your tweets and, if I’m honest, allowed you to get your message across with very few words.

If you do a lot of content marketing, your blog posts and your videos should be the medium that’s doing your storytelling – not your tweet. The idea is to write a short tweet with a link to either your blog post, video, or podcast.

I can categorically tell you that 140 characters are definitely enough, even though we now have 280.

There Are Too Many Tweets on Twitter To Be Useful

This is where the hashtag comes in again – by searching Twitter with hashtags you pretty much get a qualified list of all the latest tweets related to your niche.

So, for example, using the marketing tips hashtag again, I get a nice, long list all of my target markets that are currently using that hashtag. Not just my target market, but also interesting articles, images like infographics and even videos.

If somebody’s going to tell me this isn’t useful, I’d rather not listen.

I find out lots of new things every single day, when I’m using Twitter – there really is no right or wrong way to use it –  only the way you want to use it!

For example, I very rarely look at my home feed which is the feed of all the tweets of the people that I follow. I mainly focus on my ‘notifications’ tab and use the search bar with hashtags.

Now, that’s how I use it – there are many others who would find this alien, not because I’m doing it right and they’re doing it wrong but because there’s no right or wrong way to use Twitter.

So, what are your thoughts on this article?

Do you think I’ve got anything wrong or have I left anything out?

Please feel free to comment below, because I’d love to hear your thoughts.