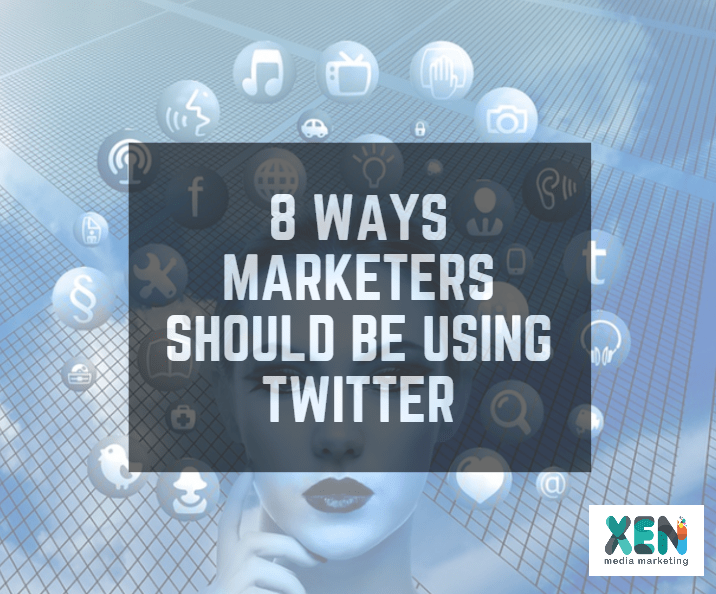 Twitter didn’t come easy to me… Bear in mind, I’ve never really used social media up until 2017 and couldn’t see any reason to start. If there was a list of social media channels for me to use, I can guarantee Twitter would be just about as far down that list as you can imagine.

So, why are you writing an article on Twitter?

Funny things happen in life. Sometimes, certain things don’t even move the needle while, other times, it’s as though the earth has moved beneath our feet.

That’s what happened in the beginning of 2017 – you see, I started my company “Xenmedia Marketing”. Before you think this is an ad, I can truly say, it isn’t – I’m just giving you the reason why I started taking social media so seriously.

I’d mocked and made fun of Twitter before,  however, it was now being dragged from the bottom of my social media list all the way to the top.

Clients started asking me to manage their social media campaigns and, to be honest with you, I didn’t have a clue… Yeah, I’d posted a few bits over the years and flirted with a bit of Facebook advertising, but I was definitely not in the position to manage my own account properly, never mind that of my clients.

I had to learn fast and master the social media game – Twitter was at the top of that list.

Here are the 8 Ways Marketers Should Be Using Twitter and the interesting things I found out along my journey:

With the experience of running several different businesses in the past, I knew social media was a tool to get more business. I also knew that I needed to leverage the sheer amount of eyeballs that social media offered.

The best way to generate leads on Twitter is to write several blog posts or articles, post them on Twitter and link back to a lead generation page (a page where you offer a lead magnet in return for someone’s email address).

A lead magnet could be an:

In fact, I’ve written a blog post entitled “Hands Up If You Don’t Have A Lead Magnet?“, if you don’t know what one is.

Once you have your new potential client on your email list, you can then send them a series of automated emails with some great information in whatever niche you are in, mixed in with a few promotional emails. Where possible, the ratio should be around 10:1 = Ten informational emails to every promotional one.

I just touched on building an email list. With Twitter, you can build multiple different email lists.

There are many people who think that email marketing doesn’t work anymore and can’t see why they should invest any time into it. Email isn’t as powerful as it used to be, but we simply have no other choice than to continue to use it.

People generally don’t bookmark that many websites anymore, not like they used to. This means, the traffic coming to your website will leave within a few seconds, never to be seen again. That’s why it’s so important to capture potential subscriber email addresses, so you can leverage some of that traffic.

There’s no point spending all of that time writing new, fresh content, posting it on Twitter, receive traffic, only for them to leave without engaging with you or your content. You simply can’t afford to (even if you have thousands of people visiting your website from social media on a daily basis).

Keep Your Eye On The Competition

If your niche uses niche-specific hashtags (hashtags only your niche uses), you can do a search on Twitter specifically for these hashtags. You will then get a nice long list of different tweets from people and/or companies tweeting content on this hashtag.

This means you will be able to keep track of any industry news or see if there are any new products or services coming to market that you weren’t aware of.

There are still so many businesses that don’t use hashtags in their tweets. If you’re one of them, let me show you a few advantages to using them:

When you use the “@” symbol followed by someone’s Twitter handle, you can communicate with them directly. If someone uses your Twitter handle in a tweet, this is called a mention. Whenever someone does this, you have the ability to respond.

To do this, click on the notifications tab at the top of your Twitter page and you will see a list of all of your likes, retweets and mentions. From this page, you can start to communicate with these people by either thanking them or responding to a question.

Did you know, there are still so many companies that don’t use Twitter for this very basic but important communications tool? Keep ahead of the competition by responding to your clients directly and in real time.

I mentioned lead generation before and this kind of relates to generating traffic to your website too! I won’t promise that you’ll get a bucket load of traffic from Twitter, I’d be lying to suggest that I do. However, if you write enough content and then post that on Twitter enough times, you’ll soon start getting traffic…

Since there are so many accounts on Twitter now, and millions of tweets going out daily, it has become harder and harder to get as many eyeballs on your tweets and return links back to your website. That’s why it’s so important to continue to write content and pump it out.

If you are just getting started, you have no choice than to post other people’s content. Ideally, the vast majority of the content you post should be your own. That’s the only way you’re going to increase traffic back to your website.

I’ve managed to make lots of friends and build great professional relationships on Twitter. The key is engagement: Simply posting content won’t build your contacts list – you need to jump into conversations using the “@” symbol like I mentioned earlier and ask questions, or congratulate people.

Depending on your niche, you are able to get in front of decision makers, if you’re targeting a company to sell your products and services. The only thing I would say is: Make sure you build a relationship first, before you start pitching anything. Like and retweet their posts for around a month, before you start trying to sell whatever it is that you want to sell. If you don’t, you’ll probably just get ignored…

When I say build a community, I don’t mean a fluffy, “let’s get together and tell stories” community. I mean a regular group of people who you like and retweet daily. When you regularly like and retweet the same accounts and, in return, they do the same, this is a Twitter community. This helps your content get seen by more people on a daily basis. If you don’t build a community, you’ll find the vast majority of your tweets will go unnoticed and will have very little engagement.

At the time of writing I’ve grown from zero follows to over 14,000 followers in 4 months of marketing on Twitter. I’ve also been able to grow several different email lists, enabling me to send information and promotional emails to my growing list of subscribers.

You can find my accounts at  twitter.com/DesmondDreckett and twitter.com/XenmediaM. I have two accounts – one for myself and the other for my business.

I use convertkit as my email service provider and I use a combination of Buffer and Hootsuite to automate some of my tweets.
What do you think? Are you using Twitter for each of the uses above? Let me know below!