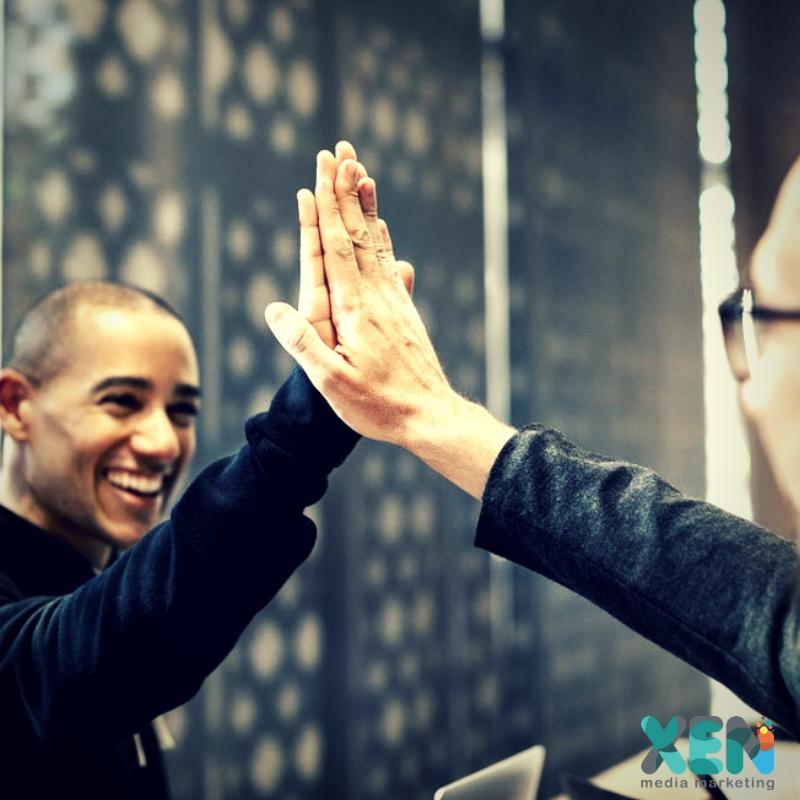 Like all social networks, Linkedin is constantly trying to find ways to increase engagement across their network. In fact, you may have seen a bit more engagement on there than you have been used to seeing?

That’s because they have updated their algorithm and they call it “A new Feed Ranking Optimization Function.”

So, how does this work and why should you care?

The old algorithm used a system similar to the Twitter and YouTube that used signals from you (by the way of likes and comments) to determine what content to show you in future and who from.

When I say “old algorithm”, what I mean is the “unrevised” algorithm as Linkedin still uses quite a few elements of this when it decides who to show your content to.

What they wanted to get better at was rewarding a post that received comments and feedback from other users.

As explained by LinkedIn:

“More and more people are using the feed and giving feedback to their network’s posts: our members generate tens of millions of viral actions (likes, comments, and reshares), and the number is increasing more than 50% YoY. However, we found that these increases weren’t equally distributed. In fact, at the beginning of 2018, we were in danger of creating an economy where all the gains in viral actions accrued to the top 1% power users, while the majority of creators who don’t receive much feedback were receiving less than ever.”

On the face of it, this move is inspired, really – if you think about it, the vast majority of people who leave comprehensive comments on a Linkedin post don’t get recognised by the algorithm for doing so and, in turn, lose the enthusiasm to keep leaving these types of comments.

“Members who receive 10+ likes when they post are 17% more likely to post again the following week compared to members who post but don’t get any feedback.”

What does this mean for you?

It means that your comments will be rewarded and so will the post that you are leaving a comment on. This also works just as well in reverse when you actually post content on the network.

This means that even though you may not be a power user on Linkedin, they have changed the algorithm to increase the level of exposure your post receives in people’s feeds.

I must admit, I was guilty of feeling a little despondent having left comment after comment and posting what I felt was a quality piece of content, only to then be ignored by the algorithm.

When Linkedin decided to make these changes, they were a bit worried about how this would affect current usage rates:

“We worried that we might see some declines in feed engagement that we would have to weigh against the benefits we were bringing to creators, but actually, this feature turned out to be win-win for both creators and feed viewers. Members like seeing more content from people they know.”

This seems like a pretty smart move by Linkedin. In fact, they suggest that 8% of the feedback has been taken away from the top 0.1% of creators, and redistributed to the bottom 98%. If this is so, this is a big win for everyone involved on this platform.

If the power users don’t see much change on their accounts, but the smaller accounts see an upshift of engagement, this is surely a good thing that should be encouraged among the other networks.

If you haven’t used Linkedin for a while or you have been using it with little success, my suggestion would be to try it out again and see if your results improve with more engagement.

Whether your market is B2C or B2B, you should always make a habit of engaging on Linkedin. If your market is B2B, that will be where your clientele hangs out, basically. Adding content not only increases your brand exposure, but it also shows that you are expert in your niche.

By displaying your expertise in an open forum, it means that any future advertising efforts will be rewarded by the “like, know” factor.

If your prospective client recognises your name, brand or logo, the chances of conversion (getting them to sign up or purchase) increase ten-fold.

Even if you are not in the B2B space, posting content regularly on Linkedin also comes with its own benefits.

The more places you can publicise both yourself and your brand do you no harm. In fact, it’s a small boost to your ranking signals in the search engines.

Normally, changes like this are based on selling more advertising or showing ads to more eyeballs, but I guess we’ll have to wait and see what effect this has going forward.

Maybe we’re being too pessimistic…Or are we?

What do you think?